Fantasy Football season is here! Most people don't partake in redraft leagues until mid to late August, but it's always a good idea to have a plan entering your drafts!  There are tons of obvious choices in the early rounds of the draft with most starters and second options on teams going very early on.  But which players are being slept on or could have great value in the later rounds of the draft?
Desean Jackson seems to be a forgotten player.  His current ADP (average draft position) is in the middle of the 13th round.  Although he has serious injury concerns, Jackson still appears to be the number one receiver in this offense with Alshon Jeffery starting the season injured.  He more than likely will get injured early on, but in the 13th round, most people are taking shots on players who have boom potential.  Desean Jackson has a very high chance to be a total bust in 2020, but he may be worth the last pick in your draft if he even has one big game. 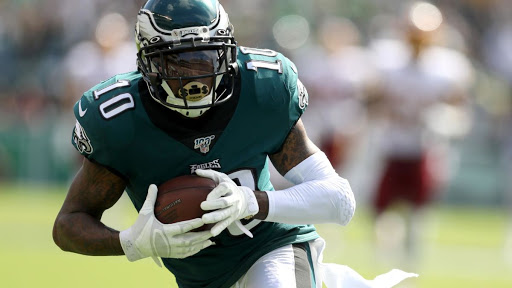 The Colts have an interesting receiving corps with T.Y. Hilton as the first option.  After him, it gets a little confusing as to who is going to be the second and third options.  Michael Pittman Jr is currently going undrafted in most leagues, meaning he will most likely be there for your last pick in the draft.  His only real competition for the second wide receiver spot is Parris Campbell who has been injured most of his career so far, and Zach Pascal who is more of a third or fourth string guy.  Pittman looks like he already has the two spot locked up, but could even move to the first option if Hilton continues to miss some time due to injury.  Hilton missed six games in 2019 and two games in 2018.  If he can't stay healthy, Pittman will more than likely take over his role.  A WR1 on any team would be an incredible steal in the last round of your draft! 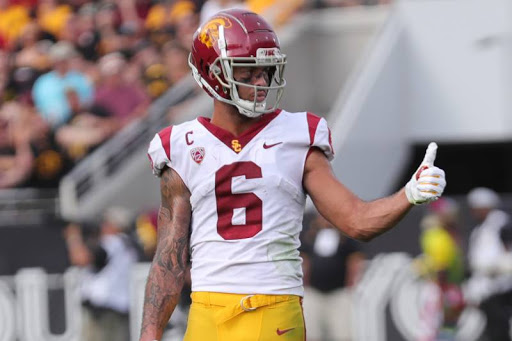 New York doesn't ave many options at the receiver position, but Jamison Crowder gives Sam Darnold a great safety outlet.  Crowder does not have a high ceiling, but he has an incredibly high floor.  With a rebuilding offensive line, Darnold will continue to try to get rid of the ball quickly and other than the running back position, the slot receiver is the first option for a quick pass.  He is currently being drafted as the wide receiver 59, even behind guys like Robby Anderson and Tyrell Williams.  Crowder may not be the WR1 on the Jets but with a bottom ten offensive line, he may be Sam Darnold's easiest target. 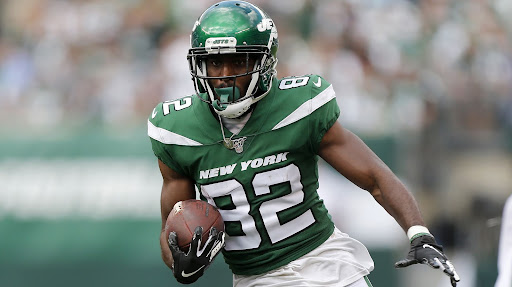 The Falcons threw the ball more than any other team in the NFL last season, averaging 42.8 pass attempts per game.  With the loss of breakout tight end Austin Hooper and receiving back Devonta Freeman, this opens up a lot of targets.  The Falcons signed Todd Gurley and traded for Hayden Hurst this offseason to make up some of those targets.  Hurst isn't anywhere near the same level that Hooper is, and Gurley will more than likely have a relatively limit workload with his arthritic knee.  This means there will be targets left over for the third wide receiver on the depth chart, Russell Gage.  In 2019, Gage had 74 targets in just four starts.  This number should increase with a slight downgrade at the tight end position and potential injuries at running back.  Gage would definitely not be a weekly starter, but any receiver getting nearly 100 targets would be worth drafting with your last pick.  Especially when those targets are coming from a near Hall of Fame caliber quarterback in Matt Ryan. 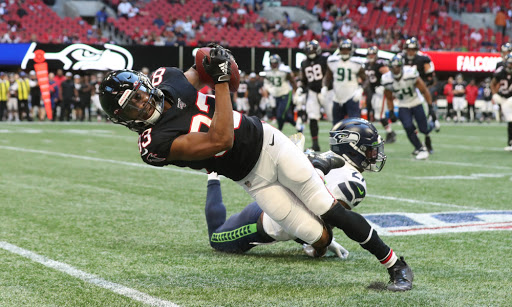 Last but most certainly not least is a receiver on the Detroit Lions.  Marvin Jones is my personal favorite late round target at the receiver position.  He's currently being drafted as the 38th overall wide receiver, but has mid to high WR2 potential.  Jones is always a threat for 800 yards and eight touchdowns.  Jones is not going to be a WR1 on your team, but could definitely have weeks in the top 12.  The Lions are arguably the most overlooked offense in the NFL.  Although Matt Patricia isn't a good coach, Matthew Stafford is a great quarterback and can very easily support two solid fantasy options at wide receiver.  Kenny Golladay is going as a mid WR1, but Jones is constantly forgotten about.  As long as he is healthy, Marvin Jones will be the best value at this position in nearly every fantasy draft. 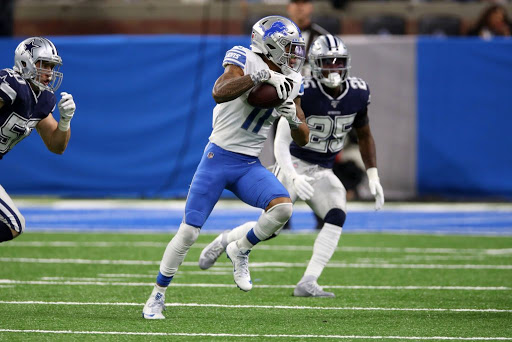