Fantasy football season is approaching faster than ever!  With that being said, everyone knows the obvious picks in the early rounds.  Christian McCaffrey, Saquon Barkley, Ezekiel Elliot, you name it.  The top tier running backs are very well known, and can almost all be interchangeable to some extent.  But what about some middle round running backs?  There are a lot of hidden or forgotten about stars that could have great seasons and be great value at these picks.

(Note: These aren't late round picks.  These are running backs in the mid rounds who I feel are being overlooked or undervalued.)

First up is David Montgomery.  The Bears selected Montgomery in the third round of the 2019 NFL draft after they decided to not sign a back in free agency.  Tarik Cohen was not taking over as a three down back, which automatically gave Montgomery the starting role.  He had a rough rookie season, averaging just 3.7 yards per carry.  Montgomery finished his rookie year wit 889 yards and six touchdowns on the ground and 185 yards and one score through the air.  His struggle can be greatly attributed to the lack of a passing game and a below average offensive line performance.

Coming into the 2020 season, Montgomery remains as the starting running back.  Assuming Montgomery gets the same, if not more volume than he did last season, he should be a steal.  He's currently being drafted as the 22nd running back, meaning he's being valued as a low-end RB2.  Now that the Bears may have competent quarterback play, this should open up the run game a little more than it was last season.  The box won't be stacked on every single play anymore, and David Montgomery should have more yards per carry.  Although he is currently being valued as a bottom tier RB2, with the volume he is projected to receive, David Montgomery's ceiling is definitely closer to an RB1.  He could finish anywhere from 14th to 22nd at his position. 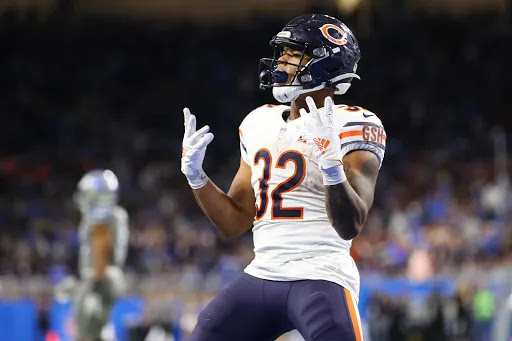 I already know a lot of people aren't going to like this one.  Le'Veon Bell has had a rough start with his career in New York.  Adam Gase doesn't seem to like him, nor does he want to utilize him much.  Not only that, but the Jets offense had some serious problems, especially when Sam Darnold was sick.  In 2019, Bell rushed for only 789 yard (3.2 YPC) and three touchdowns.  He also had 461 receiving yards and one more touchdown through the air.  New York had a bottom ten offense, mainly due to the fact that their offensive line was well below average.  None of this sounds great, so why is Le'Veon Bell potentially a steal at his current ADP?

In this past offseason, the Jets have reloaded their offensive line with guys like Conner McGovern, George Fant, Alex Lewis, and Mekhi Becton.  McGovern is by far the best of these signings, but Becton has tons of potential as a top three tackle in this past draft class.  With a slightly improved offensive line, Bell should have more holes or at least more time in the backfield to wait for a hole to develop.  The Jets should also have Sam Darnold all season as his back ups struggled even more than he did.  Darnold should look to improve with new weapons in Breshad Perriman and Denzel Mims.  Much like Montgomery, a more efficient passing game will limit how often defenses will stack the box against this offense which will allow for an improved rushing attack.  Not to mention, Le'veon Bell had a total of four touchdowns last season.  He is guaranteed to get more than four scores in 2020.  Bell is the best player on this low powered offense, it's nearly impossible for his touchdowns to not go up this season.

Bell is currently being drafted as the running back 17, a mid tier RB2.  If this offense as a whole improves at all, Le'Veon Bell's ceiling is right around the top ten.  He finished as the 16th running back in fantasy last year and with a much greater chance to improve than regress, Le'Veon Bell in the middle of the third round could be a steal. 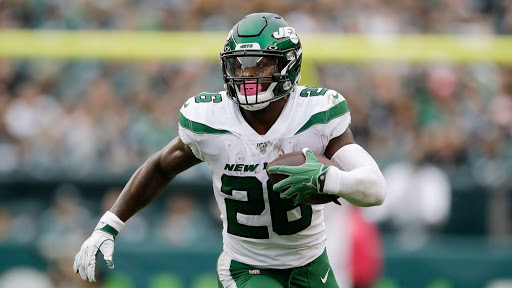 Ronald Jones II is going to be an absolute steal in 2020.  Bruce Arians has recently come out and said that Rojo is the guy for this Tampa Bay offense.  McCoy, Vaughn, and Ogunbowale are all competing for roles on this team.  In 2019, Jones only had 724 rushing yards and six touchdowns to go along with 309 yards in the air.  He did this on solid efficiency averaging 4.2 yards per carry and 10.0 yards per catch.  This offense has only gotten better this offseason and, now that Ronald Jones II is confirmed as the starter, he should have a good 2020 season.

His current ADP is at the end of seventh round, which is behind every other starting running back except for the situation in Miami between Howard and Breida.  Nearly every starting running back has decent value in fantasy, and getting that value in almost the eighth round would be the biggest steal of the draft.  Jones probably won't see many third downs this season as he isn't the best receiving back, but Brady may look to him on first or second down as he has always utilized the running back in the passing game.  That may not fit Arians's typical scheme, but he's supported David Johnson as arguably the best running back in 2016.  The Buccaneers already have a solid offensive line as well, and the box can't be stacked too often as the passing game is already a threat.  Without a clear number two on this team, Jones will see the majority of the work load and could hit 1000 yards on the ground with similar receiving numbers to last season. 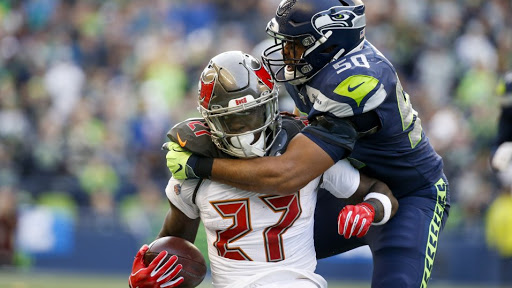 The Arizona Cardinals appear to be building a power house of an offense heading into the 2020 season.  Their backfield is led by breakout star Kenyan Drake, who was traded from Miami to Arizona halfway through the 2019 season.  In just eight games on the Cardinals, Drake rushed for 643 yards (5.2 YPC) and eight touchdowns.  He also saw 35 targets (28 receptions) for 171 yards through the air.  Drake seems to fit this air raid offense perfectly as the Cardinals placed the transition tag on him in the offseason to give themselves more time to get a long term deal done.  He is currently being drafted at the end of the second round, but even that seems a little late for a running back with his potential.

Kenyan Drake led all starting running backs (after he got to Arizona) in yards per attempt, and this offense has only gotten better.  Kyler Murray is entering is second season which, in recent history, tends to be the year that quarterbacks break out.  The Cardinals also traded for superstar wide receiver Deandre Hopkins.  The offensive line struggled in 2019 as they were ranked the fourth worst run blocking unit.  Entering the 2020 season, the same linemen are projected to start. The continuity should allow for improvement in both run and pass blocking and create an even better offense.  Arizona also added many pieces to an atrocious defense.  If they can get the lead and now maintain that lead in some games, Drake will see more action on the ground instead of Kyler having to pass the ball to catch up.

As the 13th running back off the board so far, Drake has incredible value at nearly the third round.  In a fast pace offense that is on track to improve, he looks like a lock to finish in a better position than his ADP. 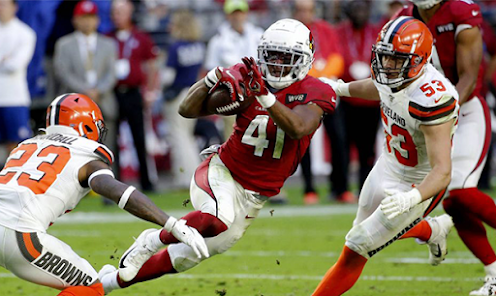 Mark Ingram is also dropping down many people's draft boards.  In 2019, Ingram had just his third 1000 yard season (5.0 YPC) and 10 touchdowns on the ground.  He also had another 247 yards through the air and five more trips to the end zone.  The Ravens did draft running back J.K. Dobbins in the second round, but he more than likely won't be the starter yet.  Ingram has proven he can lead this backfield in both production and morale.  In 2019, he finished as the eighth best running back for fantasy, but is currently being drafted as the 19th running back late in the third round.

Even with his age, Ingram has proven he still has it at 30 years old.  He is falling in drafts because people believe J.K. Dobbins, Justice Hill, and Gus Edwards will take carries away from him.  Two of those three were there last season and Ingram still got it done.  Any normal offseason would have me worried about Dobbins, but this is a shortened and restricted training camp with no preseason.  This means it could take longer for Dobbins to learn the playbook and prepare well enough to really start taking reps from Mark Ingram.  In this extremely run heavy offense, Ingram will get the volume he needs to be productive and put up solid numbers.  The touchdowns will decrease as 15 is a hard number to repeat, especially at his age.  He will by no means be your teams RB1, but he is very serviceable as a mid to low end RB2.  Ingram's ADP is almost insulting after the season he had in 2019, but he carries great value relatively early in the draft. 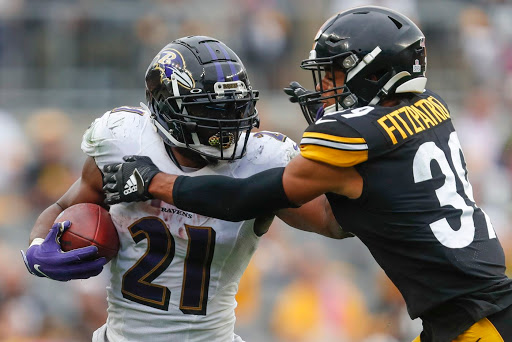