Sleeper Teams for the 2020 NFL Season

Many teams in are in position to have a great season in 2020.  Teams like the Chiefs, Ravens, Packers and Saints are some of the most obvious teams to push for the playoffs and even the Super Bowl.  With big name players on each of those teams, some teams don't have the same level of star power but can still make a push for the playoffs.  Some of these sleeper teams have a realistic chance of making the playoffs, especially with the additional seventh spot.
Chicago Bears
The Bears have no real holes in their roster outside of the quarterback position.  This may be the most important position in all of football, but they've made the playoffs with Mitchell Trubisky before.  Now with a solid competition between Nick Foles and Trubisky, the team has to put the better option on the field, meaning they'll see more success in the passing game.
Outside of the quarterback controversy, they have two underrated receivers in Allen Robinson II and Anthony Miller.  Robinson has always performed well with subpar quarterbacks like Blake Bortles and Mitch Trubisky.  Anthony Miller started to look good by the end of 2019 so with consistent quarterback play, he could have a breakout season.  The Bears also have a crowded tight end room with three potential starters in Jimmy Graham, Cole Kmet, and Demetrius Harris.  Not to mention they also have soon to be work horse back David Montgomery and receiving back Tarik Cohen.  As long as the offense line continues to be at least average, the offense should take a step forward next season.
Chicago also has one of the best defenses in the NFL.  They upgraded their pass rush by adding Robert Quinn after a career year with Cowboys.  As long as Akiem Hicks can stay healthy, the pass rush with Khalil Mack should be even better than it was in 2019.  Their linebacker duo is one of the best in the NFL consisting of Roquan Smith and Danny Trevathan.  The depth at that position took a hit with the departure of Nick Kwiatkoski in free agency which will definitely be apparent if one of those two go down with an injury.  The secondary looks solid as well.  Safeties Eddie Jackson and Tashaun Gipson Sr. make one of the better duos in the league.  Kyle Fuller is a very underrated cornerback with ten interceptions in the last two seasons.  The second cornerback position is questionable either with veteran Buster Skrine or rookie Jaylon Johnson.  Both are solid options, but Skrine is average and Johnson hasn't played yet.  The Packers didn't do much to get better in the offseason, and the Vikings lost a lot on the defensive side of the ball so the top two teams in this division may take a step back.  As a whole, the Bears have a very complete roster and should make a push for the playoffs in 2020. 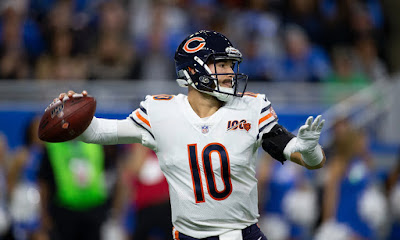 Houston Texans
In a blockbuster trade, Bill O'Brien traded superstar wideout Deandre Hopkins for a second round pick and running back David Johnson.  After this trade, people starting counting the Texans out of the competition for a playoff spot.  Although it hurt to get rid of arguably the best receiver in the league, the Texans offense still has tons of talent.  After that trade, Houston traded a second round pick for Rams receiver Brandin Cooks and signed free agent Randall Cobb from Dallas.  They also have Kenny Stills and Keke Coutee at receiver and Darren Fells and Jordan Akins at tight end.  Both David and Duke Johnson are also solid receivers out of the backfield.  Last but certainly not least, they still have superstar quarterback Deshaun Watson.  Watson is a magician behind a below average offensive line that has nowhere to go but up from last season.  He can make every throw in the book and has a very underrated and forgotten about running ability.
The Texans defense isn't as good as the Bears, but they're still at least average.  JJ Watt anchors the defensive line along with potential breakout candidate Charles Omenihu and Brandon Dunn.  The linebacker group is probably the best part of this defense with Whitney Merciless, Zach Cunningham, Benardrick McKinney, and Brennan Scarlett.  The only real weakness to this defense is the secondary, and even that still has solid pieces.  Safety duo Justin Reid and Jaylen Watkins are solid, but not the stars that Houston would prefer back there.  The corners in Gareon Conley and Bradley Roby are also pretty good, but still not the desired stars teams want.  This is another team with no real holes, but still has room to improve in some positions like the offensive line and secondary.  In a competitive AFC South division, it won't be a cakewalk to get by the Titans or Colts, but it's not out of reach for this talented roster. 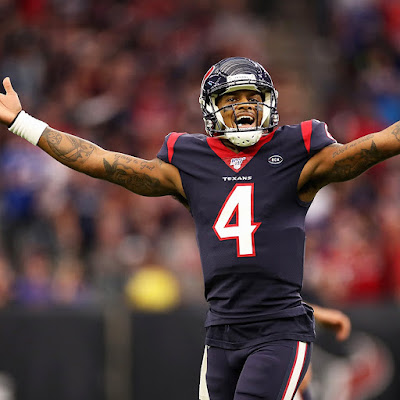 Atlanta Falcons
Dan Quinn is on the hot seat entering the 2020 season, so the Falcons need to perform in order for him to keep his job.  Their offense looks explosive with Matt Ryan, Julio Jones, Calvin Ridley, Todd Gurley and tons of other former first round picks.  The talent is all there and they have the potential to be a top five offense once again.  The offensive line looked a little weak in 2019, but there are a lot of young players on the line who should all naturally improve from last season.  The only other question on the offensive side of the ball is focused around the running game.  If Todd Gurley's knee can carry a starting running back's work load, then this offense will be dangerous.  If his arthritis effects his physical ability, this offense may struggle to move the ball a lot.  Gurley is also a great pass catching back so without him, Matt Ryan also has one lass target.
The defense has holes all over the place.  Atlanta has a few good pieces like Grady Jarrett, Deion Jones, Dante Fowler, and Damontae Kazee.  Outside of those four players, the defense looks pretty weak.  They have two young cornerbacks in Isaiah Oliver and AJ Terrell and unproven guys at linebacker and on the defensive line like Foyesade Oluokun and Tyeler Davison.  The defense has potential if the young corners can step up to play a big role this season.  The Falcons also drafted Marlon Davidson in the 2020 NFL draft who has a high ceiling, but has a bit of an injury concern.  The offense is bound to be explosive and will be the only reason this team is in games in 2020.  It's unlikely Atlanta will make the playoffs as they are in one of the toughest divisions right now, but they should play nearly every game to the last few minutes. 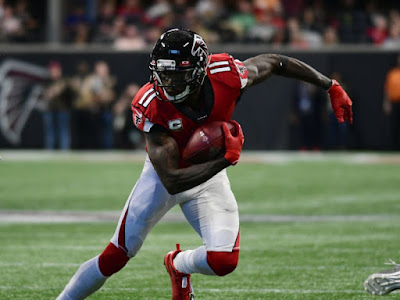 Pittsburg Steelers
The Ravens are the powerhouse of the AFC North, and the hype is starting to return with the Cleveland Browns making moves in the offseason.  The media seems to have forgotten about the Pittsburg Steelers.  Mike Tomlin is arguably a top five coach in the NFL, especially after the season he had in 2019.  Ben Roethlisberger was out for most of the season and pulled this team to an 8-8 record with a mix of Mason Rudolph and Devlin Hodges at quarterback.  They also had an injured Juju for the second half the season, though he did play through it with the exception of a couple of games.  The last time Big Ben was healthy and playing a full season, he threw for over 5000 yards and took the Steelers to the playoffs, and nobody seems to remember what a dominant force they were.
In 2019, Pittsburg was carried by a top tier defense, which only got better after trading for Minkah Fitzpatrick from the Dolphins.  TJ Watt has proven to be an elite pass rusher, Bud Dupree finally had a breakout season, the defensive line was always above average, and the cornerback duo of Steven Nelson and Joe Haden look great.  There really wasn't a hole on this entire team except for the atrocious play coming from the quarterbacks.  Entering the 2020 season, the Steelers will get Big Ben back for the whole season assuming he's healthy, they get a rested Juju Smith-Schuster entering a prove it year, and they have breakout candidate Diontae Johnson after an impressive rookie season.  Pittsburg also drafted Chase Claypool to add a big body to this receiving group.  If James Conner can stay healthy this season, along with Big Ben, this Steelers team could be a real threat to not only return to playoffs, but give Baltimore a run for their money at the division title. 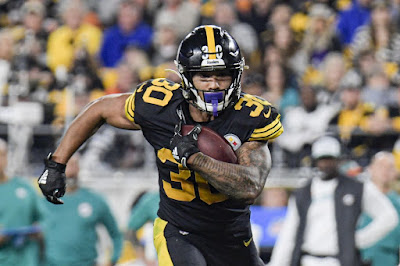