Undrafted Players to Target After Your Drafts

Your fantasy football roster only has so many spots on it, meaning a lot of talent ends up going undrafted.  Every season it seems like one or two deep sleepers have an incredible season and some of the games take place while this player is on the waiver wire.  Last season, players like Michael Gallup, Matthew Stafford, and Deebo Samuel went undrafted in some leagues and performed near the top of their respective positions.  Rookies are often much more unpredictable, but some veterans go undrafted and have an unexpected break out season.  There will be tons of talented players left after your draft is over, but which ones are worth signing?

In a single quarterback league, most people only draft one QB then stream someone on their starter's bye week.  This means about 18-20 quarterbacks are taken in the draft, leaving anywhere from 12-14 starting quarterbacks are left undrafted.  Last season, over 40 quarterbacks had a QB1 (top 12) week which shows that some of these later round guys can perform just as well as guys being drafted in the early and mid rounds.  My favorite quarterback that's going undrafted in most leagues is by far Gardner Minshew.

Gardner Minshew performed so well that the Jaguars traded Nick Foles, who they just signed to a four year contract.  They clearly believe in the talent of Minshew, but he has to prove himself this season or his time in Jacksonville may be up.  In 2019, he threw for 3,271 yards and 21 touchdowns against six interceptions in just 14 games!  Minshew also had a passer rating of 91.2 and a 60.6% completion percentage.  Although the Jaguars struggled in 2019, the offense looked solid under this rookie signal caller.  Minshew helped D.J. Chark break out, although Chark also helped Minshew out as he was one of the best deep separators in 2019.

Coming into the 2020 season, the defense has barely improved if at all.  This means the offense will be passing to catch up most of the time.  The Jaguars signed Chris Thompson, a great receiving back, and drafted Laviska Shenault to give Minshew another weapon alongside Chark, Westbrook, Conley, and Cole.  Not to mention Leonard Fournette who is coming off a career season in both statistics, receptions, and health.  Garnder Minshew has a lot to prove this season and the Jaguars look to be building a solid offense around him.  The game script should be in his favor so don't be surprised if he has a few weeks where he could be started. 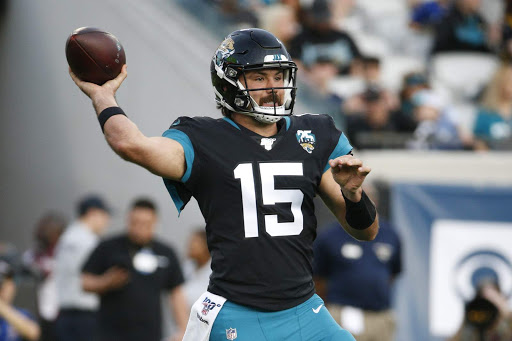 This player is a huge risk for the 2020 season, but Antonio Gibson is one of the most athletic players in the NFL right now.  He has great size, speed, and hands, but is in a weird offensive position.  Gibson was drafted to the Washington Football Team as a running back, but has also been taking reps at wide receiver.  The Washington offense will be one to avoid for the most part, but Gibson could be one of the few bright sides on this team.

Antonio Gibson has the talent to be a Christian McCaffrey-like running back, but will not see that volume in the 2020 season.  He is currently behind Adrian Peterson and Bryce Love on the depth chart, but could very easily see some snaps in the slot as the Football Team lacks some depth at the position.  Gibson would be a dangerous draft pick, but might not cost anything if he goes undrafted in your league.  Casual fans will not know about this guy and he could very easily take the starting role if this offense struggles.  Gibson will not get many snaps, if any at all in the first couple weeks, but pay attention to the Washington Football team's backfield.  If there are injuries or lack of production from the starters, pick Antonio Gibson up immediately. 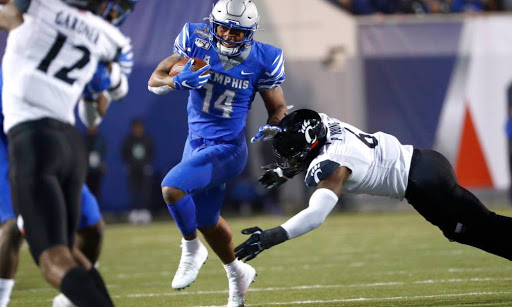 The Pittsburg Steelers have been great at drafting wide receivers for years.  They'e had success with guys like Santonio Holmes, Antonio Brown, and Emmanuel Sanders, and they may have found their next great receiver.  It's not Juju Smith-Schuster, it's not Diontae Johnson, or even James Washington.  It's the rookie receiver Chase Claypool out of Notre Dame.  Claypool is a tight end with the athleticism and speed of a receiver.  He will be a problem on the outside for any cornerback strictly due to his size, but his hands are just as important.  With Big Ben coming back in 2020, Claypool gives him a huge target to pass to if he needs a week or two to shake off some rust.

There has also been a lot of rave about Chase Claypool in training camp this offseason.  He has exceeded expectations and is making catches rookies shouldn't be able to make.  Any receiver with this size and talent, as well as the hype in camp to back it up, should have tons of success in the NFL.  This offseason is a little strange due to the current pandemic, but that doesn't mean Claypool won't see the field at all.  It may even take him a few weeks to get on the field consistently, but he will soon prove himself as a top tier wideout in a matter of a few games.  He will go undrafted in your league and may be worth picking up, especially if Juju Smith-Schuster or James Washington go down with an injury. 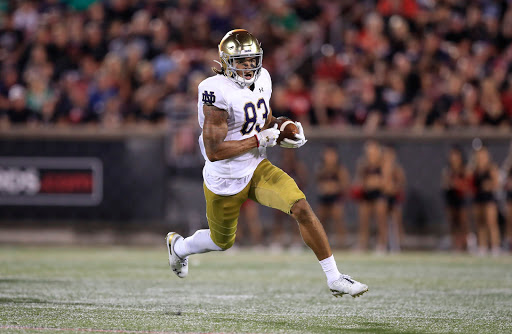 The tight end position is impossible to predict for fantasy football.  Even at the end of the season, the back half of the TE1s are undesirable so streaming is almost always necessary.  Ian Thomas may be worth streaming a few weeks throughout the season.  There are no right answers for this position, but nobody is looking at the Carolina offense outside of Christian McCaffrey.  The Panthers' offensive line is well below average so Teddy Bridgewater will need a big body and nearby target to throw to.  D.J. Moore is becoming a great receiver in the slot, but isn't nearly as big of a target as a tight end.  Ian Thomas will be close to the line of scrimmage most of the time or will at least be a great option to get rid of the ball quickly.

In a new offense led by a college coach and offensive coordinator with a quarterback who likes to play the short passing game, the tight end will see some targets.  In 2019 when Bridgewater took over for Drew Brees, he was able to support Michael Thomas very well, but also gave some value to Jared Cook.  The Saints also had one of the best offensive lines in the NFL so Bridgewater wasn't forced to get the ball out quick.  Ian Thomas will get more targets in this offense and could even be the third option for Bridgewater behind McCaffrey and Moore.  Thomas will definitely go undrafted and probably won't be touched on the waiver wire most of the season. 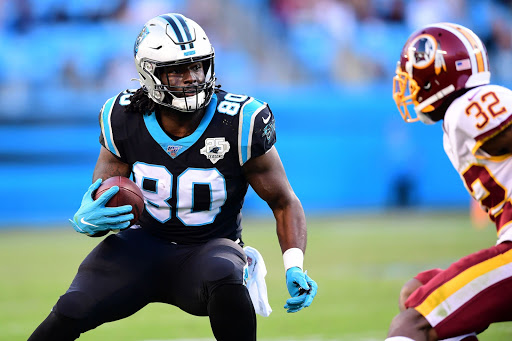