Players Who Will have a Quietly Great Week One

Week one is unpredictable and every year, unexpected players have great weeks for fantasy football.  This year already, Sammy Watkins had a great week with over 80 yards on seven receptions and a touchdown.  He seems to do this every season, but it's still unexpected as he could easily finish as a WR1 after this performance.  What other players could have a quiet, but great week one?

The Bills traded for star wideout Stefon Diggs from the Vikings this offseason, and they gave up a lot of draft capital for him.  Last season, Buffalo had John Brown as their number one receiver, who is kind of like Stefon Diggs-lite.  John Brown is nowhere near the level of receiver Diggs is, but he is a fast, deep ball receiver with a similar skill set.  This move makes it look like the Bills want Josh Allen to really air the ball out in 2020 and with Brown as the WR2 on the team now, he'll face much easier coverage.

Diggs will line up against the Jets number one corner in Pierre Desir and will definitely draw safety help from Marcus Maye.  With Diggs being double teamed most of the game, John Brown should see a lot of single coverage from either Bless Austin or Brian Poole.  Neither of these players are great cornerbacks or as fast as John Brown.  To have a good week, Josh Allen really just needs to connect with John Brown on a deep ball for a touchdown.  One route is all it takes.  I'm not saying John Brown will finish as a WR1 this week, but he could very easily be startable against this horrid Jets secondary.  Five receptions, 65 yards, and a touchdown is a very reasonable stat line for John Brown and would place him as a high end WR2 in this first week of fantasy football. 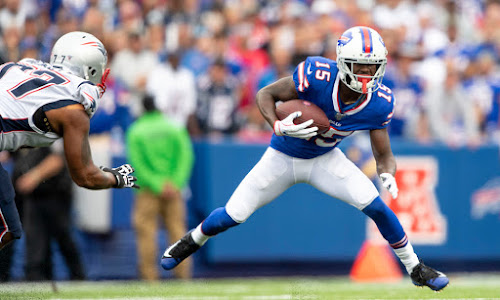 The Arizona Cardinals enter the 2020 season as one of the most hyped up teams, yet still have some very underrated players on this squad.  Chase Edmonds is one of those players.  Kenyan Drake (the starting running back) has been sidelined from practice, and even in a walking boot, for much of this training camp.  The Cardinals announced this was precautionary, but they wouldn't sideline him for this long if there wasn't some serious concern.  Heading into week one Drake is currently not on the injury report, but could still be limited.

Next in line at the position in Chase Edmonds.  In 2019, Edmonds had one really great game against the Giants but still put up some decent stats in other games.  He is a smaller running back standing at only 5'9" and only 205 pounds, Edmonds makes for a great scat back.  With Kenyan Drake seeing less action than a full time starter normally would, Edmonds will get the rest of that work.  8-10 touches is not out of reason in this fast paced offense, with three or four of those touches being receptions.  If Edmonds can slip his way into the end zone off a screen pass, he could have a mid to high end RB2 week.  60 total yards and a touchdown is not out of reason and would definitely be worth starting over other running backs who don't score. 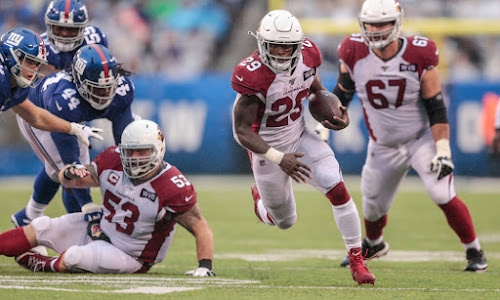 This running back situation is very similar to the one listed above in Arizona.  Miles Sanders is the starting running back and will get the workload when healthy.  The only problem is that he's been banged up for some of training camp as well.  Next in line is another similar back to Chase Edmonds, Boston Scott.  He is a smaller back with great receiving ability and is very shifty in the open field.  Once he started to see action close to the end of last season, Scott was inside the top 10 at his position for a couple weeks (in PPR format).

The Eagles have also been dealing with injuries all of their offense.  Wide receivers, offensive line, and the tight end positions have dealt with injuries.  Without Jalen Reagor or Alshon Jeffery, and Dallas Goedert's hairline fracture, the Eagles have very limited receiving options, leaving the running backs to see more volume either on the ground or through the air.  If Miles Sanders isn't 100% healthy, he should be limited entering week one and Boston Scott will see the rest of that work.  A similar stat line to Chase Edmonds would be expected with around 60 total yards and a touchdown, once again finishing as a mid tier RB2. 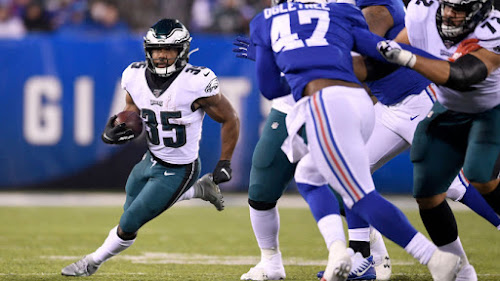 Matthew Stafford is an amazing quarterback and will continue to be one until proven otherwise.  He can very easily support two startable wide receivers, and did so a few times last season with Kenny Golladay and Marvin Jones Jr.  Heading into week one, Kenny Golladay is listed as 'doubtful' after suffering an injury just a couple days ago.  This will allow former Patriot Danny Amendola to step up into the WR2 role on the team.

This offense will be passing a lot against the Chicago Bears.  They have a complicated back field with Adrian Peterson, D'Andre Swift, and Kerryon Johnson, but none of those guys should be very productive against this Bears defensive front.  The weakest part on this defense is the CB2 and that is where the Lions should be targeting for most of this game.  With Marvin Jones Jr. taking the CB1 and probably some safety help at times, this could leave Danny Amendola in single coverage.  Anywhere from 50 to 70 yards and a touchdown is plausible for Amendola and could put him as a low end WR2 or even as a flex for week one. 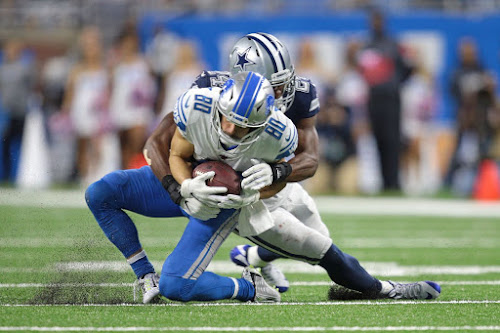 The 49ers have superstar tight end George Kittle as their number one tight end and target.  Heading into week one, the options behind him are currently very limited due to injury.  Deebo Samuel has been ruled out, Brandon Aiyuk is questionable, leaving Reed, Trent Taylor, and Kendrick Bourne.  Trent Taylor is a slot receiver and Kendrick Bourne (though really good) is a possession receiver.  Jordan Reed is the next best playmaker on this team as long as he can stay healthy.

In 2019, the Cardinals were the worst team at covering the tight end position allowing 17 touchdowns and the second most yards.  Although they have improved that aspect of the defense with De'Vondre Campbell and Isaiah Simmons, it may not be enough to stop two great tight ends.  The main focus will be on George Kittle and he will be at least double team most of the game.  This will leave Jordan Reed more open and they will need to pass in order to keep pace with the Cardinals explosive offense. 80 yards and a touchdown are well within reason for Reed and could easily have him in the top 10 tight ends, if not higher. 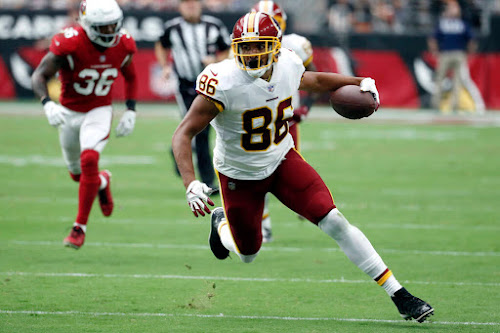 The Raiders face off against the Panthers in week one who have arguably the worst defense in the NFL.  They lost a lot of key pieces on that side of the ball last season and spent every draft pick on defensive players.  With such a young defense and a new head coach, this defense is going to struggle early on in the season especially in week one.

On the Raider's side of things, they have a lot of continuity on the offense.  They have one of the most underrated offensive lines, a stud tight end in Darren Waller, a young receiving corps, and a very accurate quarterback in Derek Carr.  The Panther's offense should be able to score as they have some solid pieces so the Raiders will be trying to keep pace with them and outscore them.  This game could very easily turn into a shootout and Derek Carr will be the man to lead it.  Carr could have over 250 yards and three touchdowns through the air.  This wouldn't make him a top tier quarterback, but those stats would already put him over Deshaun Watson on the week. 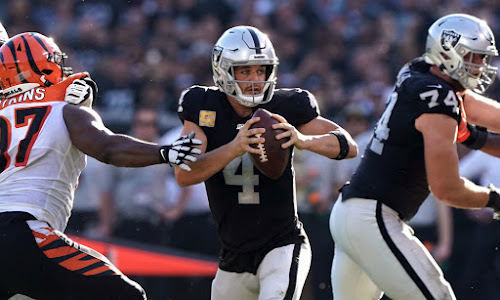 Others to watch out for: